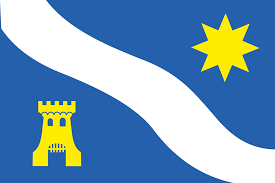 The municipality of Alphen aan den Rijn is investigating the possibilities of an installation for the production of fuel from the residual flow of plastic waste.

The municipality wants all collected plastic packaging material to be recycled in the end. That waste stream is currently being recycled mechanically. According to Ron Kervezee of the municipality of Alphen aan den Rijn, a significant residual fraction remains. The municipality has set its sights on chemical recycling for processing this.
A technology that is still in full development. “We know that more than 50 pyrolysis initiatives in this area are not as successful,” Kervezee acknowledges. But he thinks that Sepco’s polypetron technology has found the solution. According to Kervezee, Suez, who showed initially criticism, now also sees the possibilities.

Suez and Sepco are both partners in the project. Together with the municipality of Alphen aan den Rijn, they carry out an investigation into the best location and a feasibility study for the permit. The installation will have a capacity that is more than the residual flow from the municipality.

revalyu builds major industrial PET recycling facility in the US