Mura Technology and Dow announce the next step in their collaboration. Mura plans to construct a new facility at Dow’s Böhlen site in Germany – the latest in a series of planned facilities across the U.S. and Europe – and the first expected to be based at a Dow site. This project is targeted for a final investment decision by the end of 2023.

Mura’s new Böhlen facility in Germany, which is expected to be operational by 2025, would deliver approximately 120 kilotons per annum (KTA) of recycling capacity at full run-rate. This and the other planned units expected to be constructed across Europe and the U.S. would collectively add as much as 600KTA of advanced recycling capacity by 2030 – and position Dow to become the largest consumer of circular feedstock for polyethylene production globally.

The planned facility builds on Dow’s ongoing collaboration with Mura, first announced in 2021, with an initial project to construct the world’s first plant using Mura’s HydroPRS™ process, located in Teesside, UK, which is expected be operational in 2023 with an initial 20KTA production line. 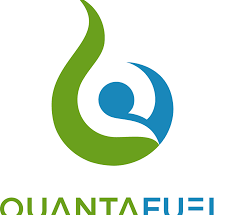